Using an evidence-based approach to improve speaking up culture


Warning: call_user_func_array() expects parameter 1 to be a valid callback, function 'yoast_breadcrumb' not found or invalid function name in /home/236493.cloudwaysapps.com/ehwxwwhxft/public_html/wp-content/plugins/timber-library/lib/Twig.php on line 296 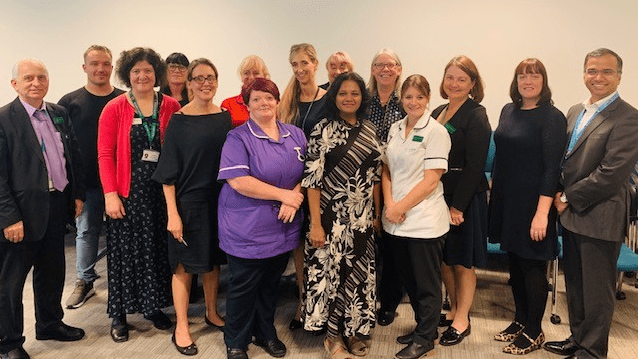 NCA comprises two acute Trusts: Salford Royal NHS Foundation Trust and The Pennine Acute Hospitals NHS Trust. It covers five hospitals, as well as associated community services. The Freedom to Speak Up team at NCA was set up in 2016 with the ambition of creating a robust Freedom to Speak Up service. The model includes empowering those who speak up and holding a mirror to the organisation in order to improve the organisation’s speaking up culture. Using quality improvement methodology, Tina’s team applied this to make improvements to three care organisations within NCA which were rated inadequate by the CQC.

The five lead Freedom to Speak Up Guardians in the care organisations in NCA meet monthly with each Associate Director of Governance and Workforce. When a concern is raised, it is logged in a database to identify themes, including where this is a risk to patients or workers. This feedback is collated, anonymised and sent to the executive team. The speaking up data is triangulated with the themes identified in the concerns raised to create a ‘lessons learned’ approach. Action is then taken across the NCA organisations to maintain a consistent and continuously improving speaking up model.

In another ward, workers spoke up about morale and quality of care. A Freedom to Speak Up support session highlighted that Health Care Assistants were unaware of how and when to use the Adverse Incident Reporting system. This sparked a Trust-wide training initiative to educated Health Care Assistants on this. The success of this initiative led to the Freedom to Speak Up team being asked to conduct the same approach in two other clinical areas.

NCA has demonstrated a commitment to improve the speaking up culture across its organisations so that patients receive the best possible care and workers are supported. The success of implementing one model across the organisations has seen the CQC rating for The Pennine Acute Hospitals NHS Trust rise from inadequate to good. Freedom to Speak Up Guardians at NCA ask the workers they support for their feedback. All the workers who responded said they were satisfied with the service and would speak up again.

Transparency is another important element of the approach at NCA. The team publishes quarterly newsletters, sharing real-life case studies, to show how speaking up has inspired change, to reduce the barriers around speaking up and to promote the value of doing so.

Tina said, “The Freedom to Speak Up service encourages everyone to call out behaviour that may cause patient safety compromise, but equally ensure robust investigations are undertaken in a timely manner with good communication to all parties involved. As we appreciate this can sometimes be difficult to do, we are an independent avenue for anyone who wishes to raise a concern or where a concern has not been adequately responded to. The FTSU service is a ‘peer with an ear’”.